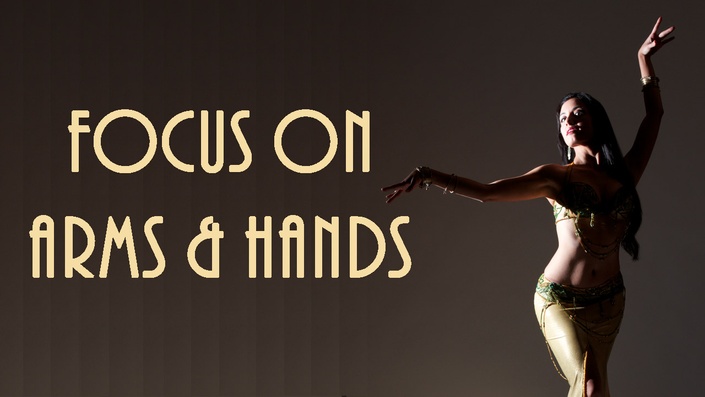 Focus on Arms and Hands

Your complete guide to dancing with stronger, more graceful and more intentional arms and hands.

Belly dance students around the world agree that while arms and hands are an essential and beautiful part of our dance, they are often glossed over or even ignored in many belly dance classes. The result? Confusion and uncertainty among dancers about what to do with their arms and performances that lack the polish, dynamism and framing that thoughtful arm work can provide.

It's time to banish confusion and throw boring and repetitive arm work out the door! Let's focus on arms and hands.

In this course, I will take you through a number of practical exercises to strengthen your arm and hand work and approach your movements from a more mindful place.

You don't have to learn hundreds of new movements to take your dancing to new heights! Most likely what you need is a simple and effective way to strengthen the arm work you already know, plus some creative ideas to help you mix it up. Find all that and more right here.

So whether you are new to the dance or have been belly dancing for some time and are looking for new inspiration for these incredible appendages attached to your torso this is the course for you!

Sign up today and you can have stronger, more beautiful and more graceful arms tomorrow. Let's Focus on Arms and Hands! 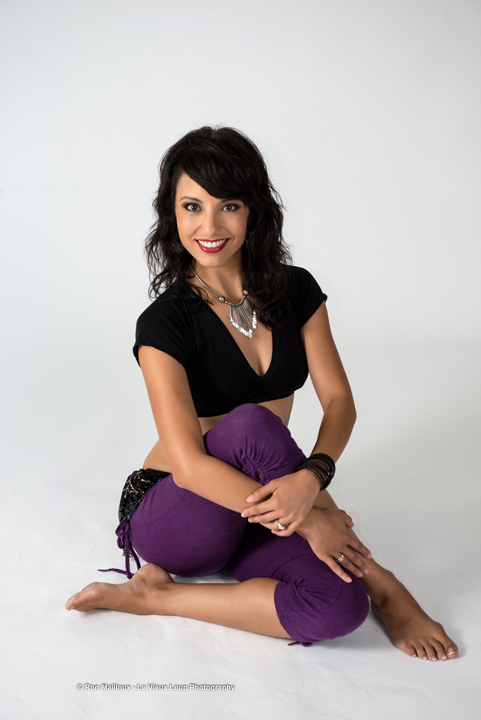 Sahira is a lifelong performer and has studied music, drama and dance since the age of two. She has dedicated the last 20 years of her life to the art of belly dance and her favorite thing in the world is to share the dance with others. She has trained in both Egyptian and Tribal style belly dance as well as Modern and West African and loves to incorporate all of these influences in her art. Sahira is a lifelong musician and head over heels crazy about the zills. She is known for her warm and inviting energy and her tendency towards the ridiculous.

In 2005, Sahira released her first instructional DVD, ”Arabian Spices“ and has since then been invited to teach and perform across the USA as well as Mexico, Indonesia, Australia, Germany, Canada, and Taiwan. In 2006 she had the honor of being the first tribal instructor ever invited to teach at the largest belly dance festival in the world: Ahlan We Sahlan, in Cairo, Egypt. In 2007 Sahira released two more instructional DVDs: ”Ali“ and ”Bella Donna Ya Helwa.” In 2011 she teamed up with Silvia Salamanca to release the DVD “Spanish Gypsy Passion“ and “Urban Gypsy Folkloric Combinations” was released in the Summer of 2013.

“I love belly dancing! Seriously… I did not ever set out to be a professional belly dancer, but since dedicating the last 20 years of my life to it, I cannot imagine doing anything else. I was an engineer by training before starting my first belly dance class – which just goes to show that anyone can learn this beautiful dance!

What I love best about teaching – and I’ve had the opportunity to work with students all over the world – is watching a student grow into their dance – from that first “ah-ha” moment, to seeing them dance with a confidence that they never thought they had. This dance is so wonderfully empowering and can be enjoyed by people from all walks of life. I’ve gained balance, confidence, poise, and come to appreciate my body and who I am… and you can too!

People have described my classes as “clear and easy to follow”, “approachable”, “a fabulous workout”. My science background comes out in my attention to detail and the way I break the movements down into their smallest component parts.

I look forward to helping others all over the world to learn and love this dance that means so much to me.

See you on the dance floor!”

This course is not open for enrollment.